As with many Holy Books, the Quran is open to interpretation. Many of its teachings are paradoxical, contradictory and not relevant to the present period. To give just one example, the Quran has entire sections on how to treat a slave because in the 7th-century slavery was seen as quite normal. Here are some of the teachings the Quran has with regards to women.

Negative things the Quran says about women: "Men have authority over women because Allah has made the one superior to the other and because men spend their wealth to maintain women. Good women are obedient. They guard their unseen parts because Allah has guarded them. As for those women from whom you fear disobedience, admonish them and send them to beds apart and beat them. They if they obey you take no further action against them. Allah is high, supreme." Holy Quran. Sura 4:34

In the teachings of the Quran, adulterous women should be flogged while women found guilty of fornication should be put under house arrest until death or until "Allah ordains for them another way."

Also according to the Quran, a daughter can only receive half the inheritance of a son. A woman's testimony in court is worth half that of a man's. The compensation for the murder of a woman is half that as for a man.

Positive things the Quran says about women: The education of girls is a sacred duty. Women are allowed to own and inherit property. And, according to the sayings of the Prophet Muhammad, sexual satisfaction is a woman's entitlement.

Concerning the Diverse Names of the Virile Member

The Untameable. It has received this name because, when it is swollen and erect, it starts to move its head, looking for the entrance to the vagina, which, when found, it brusquely and insolently enters.

The Deceiver. It gets this name from its tricks and ruses. When it desires coition, it says: "If Allah gives me the chance of meeting with a vulva, I will never quit it!" but, when it finds one, it is soon satisfied, its presumption becomes apparent and it throws a despairing look at the vulva, for it bragged that once inside it would never come out. At the approach of a woman it draws itself up and seems to say to the vulva: "Today, oh my soul, I will quench my desires with you!", and the vulva, seeing it erect and stiff, is surprised at its size and seems to reply: "Whoever could accommodate such a member?" Its only reply is to place its head at the door of the vulva, open the lips and sink right in. When it starts to move the vulva makes fun of it and says: "What a deceptive movement!" for he is no sooner in than out. The two testicles seem to say: "Our friend is dead!" He then withdraws precipitately from the vulva and tries to hold up his head again, but he falls flabby and inert. The testicles repeat: "Our brother is dead...our brother is dead!"

The Sleeper. This name is due to its deceptive appearance. When it enters in erection it lengthens and stiffens to such a pitch that you would never think it would soften again, but, when it leaves the vulva after slaking its passion, it falls asleep.

The Pathmaker. It has this name because, when it meets a vulva which will not let it enter at once, it makes a passage with its head, breaking and tearing all like a ruttish beast.

The Tailor. It gets this name from the fact that it does not enter the vulva until after it has maneuvered at the entrance, like a tailor threading the eye of a needle.

The quencher. This name is given to a thick strong member which is slow to ejaculate. Such a member fully satisfies woman's amorous desires because, after having raised them to the highest pitch, it quenches them better than any other. When it wishes to enter a vulva and, on arriving at the entrance, finds it closed, it laments, pleads and makes promises: 'Oh, dear friend, let me enter...I will not stay long'; but, then it breaks its word by prolonging its stay, and not withdrawing until after it has ejaculated and exhausted its ardor by dint of moving in and out, up and down, and right and left.

The Twister. This name was given to it because it arrives at the vulva as if on urgent business. It knocks at the door, twists and turns about in a shameless manner, pushing its investigations to right and left, before and behind, then suddenly penetrating to the bottom of the vagina to ejaculate.

The Knocker. It is thus named because, when it arrives at the door of the vulva, it gives a light knock; if the vulva replies and opens the door, it enters; but, if it gets no reply, it knocks again until successful. By knocking at the door we refer to the rubbing of the penis on the vulva until it becomes moist. The production of this moisture is what is called opening the door.

The Stumbler. It has been so called because, when it wishes to enter the vulva and does not see the door, it bumps above and below and continues so as if it were stumbling against a stone on the road until the lips of the vulva are lubricated and it can enter. 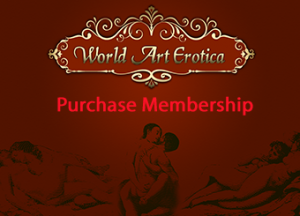